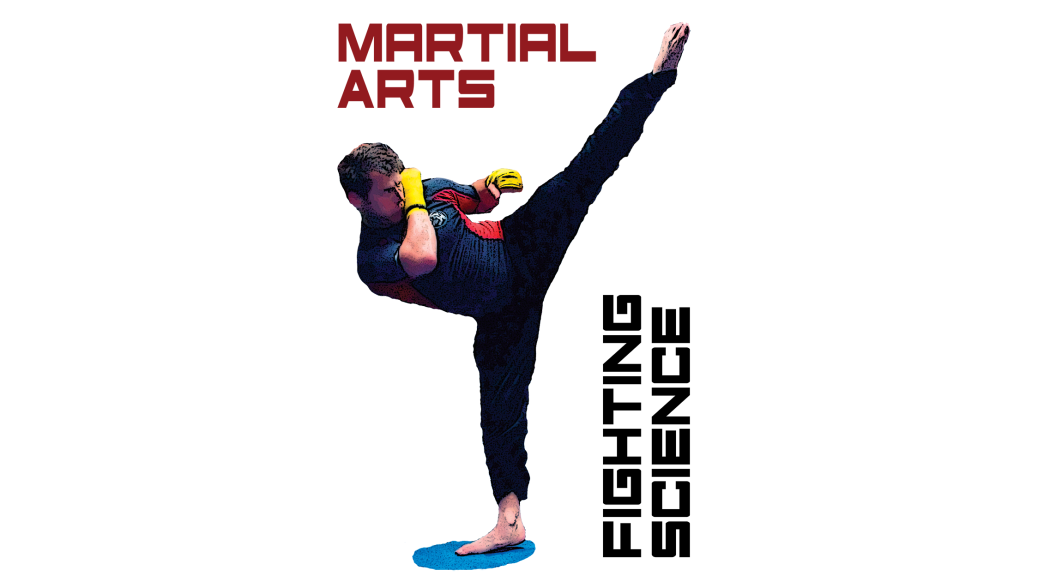 • There are three zones in stand-up combat. Each one is represented by a circle around the fighter. The largest is the white zone, where the fighter can’t reach the opponent with their fist or foot. The gray zone is where they are close enough to hit the opponent. The red zone is where both fighters are so close to each other it’s as if they’re fighting in a “phone booth”. Each fighter has different zone sizes determined by the length of their limbs. The gray zone is slightly wider for kicks than for punches because legs are usually longer than arms. Understanding your own zone borders and those of the opponent increases the fighter’s tactical advantage.

• A fighting tactic is to force your opponent into a zone where they are most uncomfortable. One approach towards this goal is to understand the comfort zone of different fighting styles. For instance, a key difference between Karate (空手) and boxing is that Karate practitioners prefers to fight along the border of the white and gray zone. On the other hand, boxers and Muay Thai fighters prefer to fight between the gray and red zones. Fighting in the gray zone is often called, “the pocket”. Boxers will stay in hitting range and use footwork and head movement to avoid attacks while counter-striking.

This gray zone tactic allows the fighter to quickly transition to the red zone where they can inflict a lot of damage. A Karate ka (i.e. Karate student) in the red zone is completely out of their comfort zone, whereas boxers are well versed in this zone.

It’s where Judoka, wrestlers, and jiu-jitsu fighters are experts. Likewise, transitioning from the red zone to the black zone lies in the expertise of judo, wrestling, and Aikido.

• Strikers hate the black zone because it’s foreign territory. Likewise, grapplers such as judoka and wrestlers hate the gray and white zone because they’re not quite close enough to grab onto an arm or leg. Grapplers need to get a hold of their opponent’s limbs and take them quickly to the ground, where they can dominate. This may require transitioning from the white zone directly to the red zone – a wrestling technique known as “shooting”, such as “shooting for a double leg”. Fighters should avoid the zone where their opponent is strongest. If this is not possible then a tactical approach is to stay in the zone where they have a weight, or experience advantage over the opponent.

• I trained in Shotokan (松濤館) in the 80’s, and also sparred with other disciplines like kickboxers, Taekwondo practitioners, and other Karate disciplines. We learned that each style had it’s strengths and weaknesses, but even then it was clear that a student of many disciplines would be very powerful. In February of 1988 Bloodsport was released in the theaters starring Jean-Claude Van Damme. His character Frank Dux travels to Hong Kong to fight in a martial arts tournament where the best from each martial art fight. In the martial arts community this movie fueled our debate as to which style would prevail. I came from a judo base, since my father and uncles were all back belts, so for me the debate began a generation earlier. Five years after Bloodsport, the UFC was launched in November 1993. This was the first widely televised tournament to test the strengths of different fighting styles. In fact, it was the goal of the legend, Hélio Gracie, one of the founders of Gracie and Brazilian jiu-jitsu was the best martial art in the world.  He went one step further and didn’t even send his best son Rickson Gracie to the tournament. Sending instead his modest looking 175lbs son, Royce Gracie. It was as if to send a message to the world, “I won’t even send my best son, and we will still win.” That was certainly the case, and the Gracie family’s name was indelibly stamped in Mixed Martial Arts (MMA) history.

• Over the next twenty two years MMA has evolved into it’s own discipline. Students now learn to fight in all zones – white, gray, red and black. MMA teaches fighters to overcome the limitations of any martial art by combining the best and most effective techniques from each discipline. MMA fighters become versed in all fighting contingencies by learning the skills necessary to defend and attack in all four zones. By mixing all fighting styles, MMA has revealed four dominating disciplines:

• There is a common theme among these four disciples in how MMA has evolved over the past two decades. It also answers the ultimate question of which fighting style is the most dominant – there isn’t just one – there are four styles that dominate:  Boxing and Muay Thai have proven their expertise in the red zone, while wrestling and Jujitsu have shown the same in the black zone. Expertise in all of these disciplines is the foundation of the ultimate fighter.

If you missed my Martial Arts posts, please click on them here:

Gabriel Dusil has been a practitioner of Martial Arts for over twenty years. Originally he trained in the traditional style of Shotokan Karate. Gabriel has also trained under the expertise of Sensei Martin “Sonic” Langley in the United Kingdom. More recently he has focused on circuit training, conditioning, Brazilian jiu-jitsu, and kickboxing. Gabriel teaches both children and adults at the Ferus Fitness Fight Club, fffc.cz.