• My family didn’t share my fascination with animals. My parents didn’t understand how the odor of animals and farmland could fill me with delight. Whenever we traveled through the countryside I’d bath in the smell of freshly fertilized land. My mom found it funny that I liked the smell of manure. As I’d breathe in, my imagination would fly. When I would ride on the train I’d looked out the window and day-dream of galloping horses through the meadow, alongside the rail cars. For my two brothers it was just a countryside stench. My oldest brother Csaba didn’t like animals, but Attila loved them. We were city people. Animals were associated with farming and peasants. In Communist-Socialism, science and engineering were revered far above agricultural disciplines. My parents asked themselves, “How can our child ,from the city, have such rural interests?” They were still supportive of my interests.

• The Slovak countryside is hilly, interspersed with farmland owned mostly by co-op farms. There were many sheep and cows grazing, with peasants bent over tilling the land. In those days horses were used mainly for transporting farm produce. At Hotel Schalkház on Roosevelt Street where I lived, there was a station for horse drawn carriages. I went there frequently to admire them. Seeing how they would stand endlessly for most of the day made me feel sorry for them. Sometimes they’d have bags over their noses. Through my never-ending questions to the coachmen I learned that this was how they were fed. Their bags consisted of grain, or some mixture of molasses. 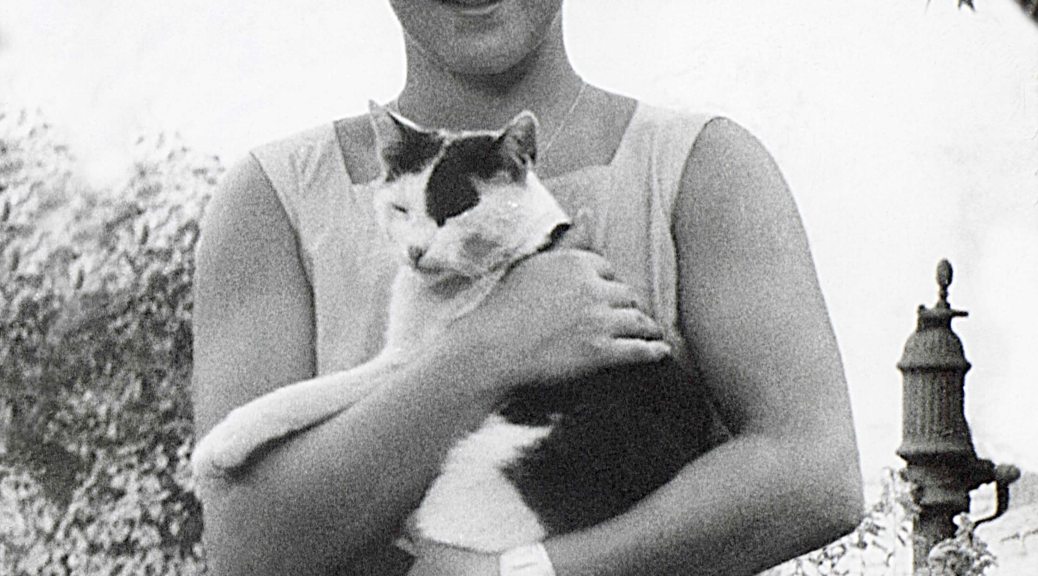 • My early inspiration to veterinary medicine was from a veterinary student named Karel Šestak. He was renting a room in our apartment, and was studying at our local Veterinary College. Thanks to him I knew that I wanted to be a veterinarian. I was ten years old at the time.  When I told him my aspirations, he smiled, as if not believing in a young girl’s dream. But he wished me well. Little did he know that one day we would become professional colleagues. Karel lived in our apartment until he graduated. He married the neighbor’s daughter and went on to work as a county veterinarian not far from where we lived.

• I was in ninth grade when I decided which middle school to attend. At that time in Czechoslovakia, we had two types of middle school. There were high schools called “gymnasium”. They prepared students for academic university studies such as engineering, law or medicine. Gymnasium is where the intellectuals went, and were viewed by the communists as the future leaders of the country. Then there were ‘technical’ schools for machinery, administration, or agriculture. Veterinary studies at the time was not considered an intellectual discipline because it fell under the umbrella of farming and husbandry. It was possible to attend university from a technical middle school, but it was much harder to get in. Luckily a veterinary technical school called Poľnohospodárska Technická Škola (PTŠ) was close by my home, on the outskirt of the city. I began my studies there in 1960. Little did I know that my future husband had just finished his final year at the same middle school, three months earlier.

• I met Vašek when I was 21 years old, in my freshman year of veterinary studies. He was in his fifth year at the same university. Without my knowledge my brother Csaba, who trained with Vašek in judo, suggested he ask me out. At the beginning of the 1966 Christmas holidays Vašek came to our apartment and asked if I would go with him to a New Years celebration. At the time I wasn’t very impressed, but I had no other plans. Between Christmas and New Years we went out a couple of times. It was exciting  because I was going to a restaurant for the first time in my life. Our New Years celebration began at Dom umenia in Košice. Vašek’s brothers, and their spouses joined us. It was a triple-date. We had a great time. We then went to Slávia, a famous restaurant in Košice. Vašek was very entertaining and funny – pretending to film our date. In one week I was in love with him.

• Postscript by Eva Dusil • 2014 November • These photos were taken in the yard where Vašek lived. It is the winter of 1966, soon after we started dating (happy memories).

• From the time I was three years old, my mother and I would visit my grandmother in Keszthely, Hungary, during our summer holidays. Throughout the 1950’s the communist government allowed visits to neighboring socialist countries, only once every three years. In the 1960’s they changed it to every second year. We could only stay for three weeks at a time because my mother needed to return to work in Košice.  I was raised along the lines of what would be considered a latchkey child – high strung with a lot of energy. My Hungarian cousins, Zsuzsi and Tibor were younger than me, and weren’t ideal playmates. Furthermore, my aunt and uncle were very protective of their children. They wouldn’t allow anything that would ‘endanger their health’. So I would often go exploring by myself.

• In the summer of ’58, when I was twelve years old, I discovered there was a stud farm in the center of town. I wandered off to the stables many times to watch the horses as they went about their daily activities. Hungary was famous for breeding Arabian horses and other warmblooded horses. I watched these magnificent animals running and jumping in the fields. Soon enough the stablemen saw my curiosity and came to chat with me at the edge of their property. After a few visits they let me get a closer look. My ears would fill with their stories. This began a new chapter of my life.

• We returned to Keszthely in the summer of 1960. When my uncle Geza learned of my passion for horses, he managed to enroll me in the Keszthely farm’s riding school. By this time I had been riding for two years in Košice. My daily routine was to wake up at 5:30, and ride my cousin’s bicycle four kilometers to the stud farm. The mornings were cool and the uphill ride was arduous, but my heart beat with anticipation every time. My throat and lungs would hurt as I rode up to the farm. Every day I would clean the horses, saddle them, and out we went to the countryside. We would ride as a group through alleys lined with linden trees, green meadows, and eventually down to Lake Balaton to cool our horse’s legs. I tried my best to keep up with the adults who were mostly caretakers, maintaining the stables on behalf of the state. In those early days I was given calmer mares. As time passed I became one of the team. They treated me kindly, and held me in high regard, despite my young age. Throughout my teens I returned many times to this sanctuary. I fell in love with the farm, and it still fills me with fond memories. The saddest day was always our departure. For my mother, it was leaving her mother behind. For me I had to say goodbye to the horses, and to my friends. I always knew that I would not see them for at least two more years.

• When I was sixteen I again returned to Keszthely. On this visit the farm included me in an equestrian exhibition in Nagyvázsony. There was a parade for the tourists.  We also presented historical scenes in period costumes that included horses, such as war scenes. I also took part in parkour jumping for the onlookers. As a guest participant and foreigner, I was privileged to be part of this celebration. I was even paid for my participation.

• Postscript from my Mom • 2014 November • This was taken after after my first competition at the age of 14. I won with my horse Lisa, who happened to be in good spirits that day. I received a crystal vase trophy.

• My mother won in the ‘L’ class competition that day.  These were jumps ranging from 100cm to 110cm.  The girl to her right was a fellow equestrian rider, around three years older than my mother.

• 1960 • Košice, Slovakia • Competing at the Veterinary College with Lisa

• 1963 • Barca, Slovakia • On a filly at the Poľnohospodárska Technická School

• My mother was breaking young horses for her own use with the permission of the coop at the Poľnohospodárska Technická Škola in Barca. In all, she would break four horses during her studies there, and this was one of them. My mom would ride the filly to the local pub where the farmers and peasants would sit outside and enjoy their beer. When she touched the filly’s back it made him kick, since she was ticklish there. It was an amusing sight to the onlooking farmers.

• My mother designed the layout for this class photo, and drew the school in the bottom right.  The early days of a budding artist. 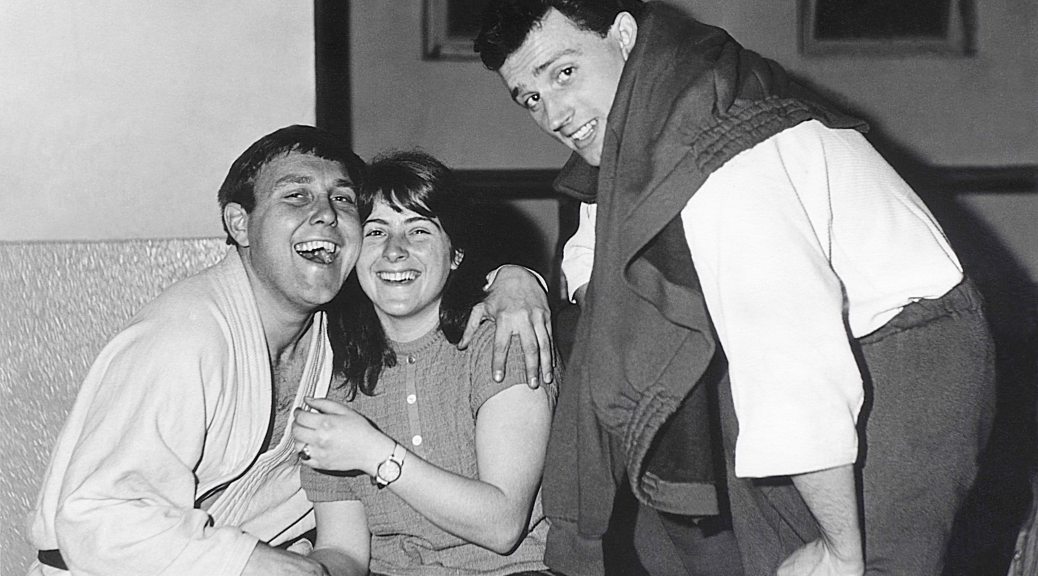 • Four years after we emigrated, we bought our own veterinary clinic. It was a big achievement considering we didn’t even know a word of English when we first arrived in Canada. Vašek loved veterinary medicine, and was an excellent surgeon.  He was very much liked by our clients.

• Vašek was also a very good handyman – constantly busy building and improving things around the house. He enjoyed travelling, and seeing the world. Even with our tight finances it was important for Vašek to see the world. He would say,”They can take your ‘things’, but they can’t take what you have experienced”.  The comment partly came from his deep seated resentment of the communist regime, which confiscated all private property in 1948.

• Vašek also found a lot of fulfillment from sports. He enjoyed competing and teaching judo. He played soccer regularly with his Czech and Slovak friends, and hockey throughout the 70’s with his fellow veterinarians. He was competitive and ambitious, but would never boast about his success. The happiest moment in his life was when you and your sister were born.

If you missed the other Taci posts, you can link to them here:

• Pepo was one of my dad’s best friends.  He was like an uncle to me, and his son Tommy is like my brother.  To this day I will never forget the time that Pepo was over during one of our family parties. I was around eleven years old.  Pepo was an awesome chef, starting Pepo’s Bistro in the 80’s with his wife, Vlasta.  On one visit to our house he made the the most amazing lamb chops. I distinctly remember him pouring beer in the frying pan over and over again. I watched his passion for cooking, as he made our dinner.  To this day nothing has come close to those lamb chops.

• Postscript from my Mom • 2014 October • Your father was the only one in his class to finish with honors, which meant that he received a red diploma. It was quite an achievement. By the time he graduated, his two brothers had also graduated with honors, so it was very important for him. There was a lot of competition between the brothers.

• Postscript from my Mom • 2014 October • This is Taci’s announcement of his graduation as a Doctor of Veterinary Medicine (MVDr.). This was a good example of his modesty, because he doesn’t even mention in the invitation that he graduated with honors (i.e. designated by the red diploma shown below).