• Swimming took a big commitment, both physically and mentally. But I have no regrets; Fourteen hours  a week, ten month swimming season, cold water, lactic acid pain, endless push-ups, three day swim meets, pressure of finals, waiting hours for your next race, boring lengths, heart sinking 20x200m endurance practices, swallowing water, goggles filling with water, chlorine burning your eyes, swimmer’s ear, eye sockets hurting because the goggles are too tight, the thrill of winning, and the agony of losing – It was all worth it. It’s a sport only understood by those who experienced it. With commitment and sacrifice, came patience, discipline, endurance, and grit that is hard to explain to someone that has never done it before.

• Reflecting on those years of competition, I remember how hard we trained. To this day I can say I have never trained harder, and no sport since has matched the shape I was in during those seven years. 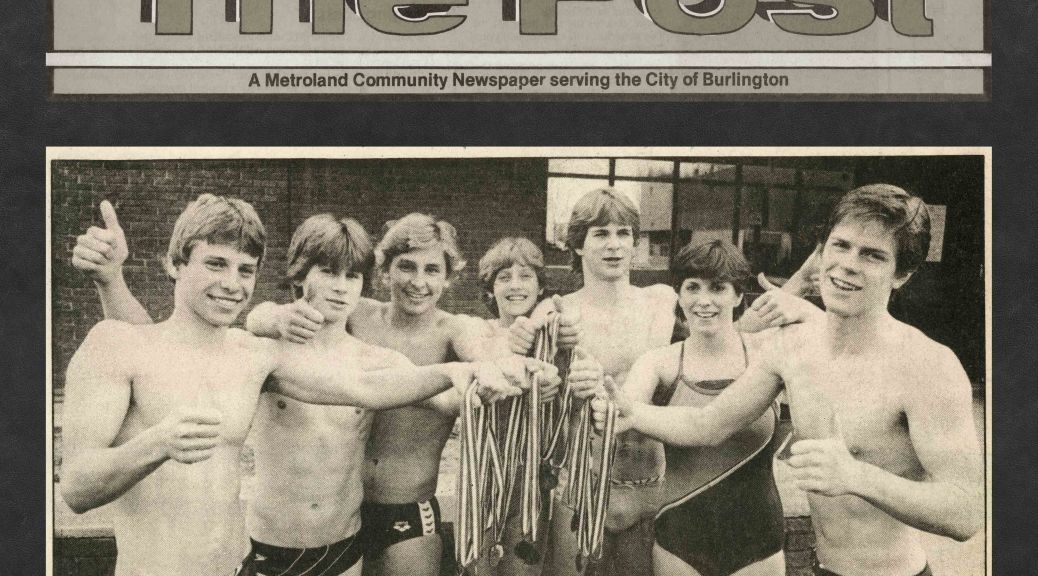 • Friendships developed over the years, between my fellow team mates. Friendships which initially centered around competition. We had similar goals and a competitive spirit. The veterans were Wayne Kot, David Darling, Linda Weston, Tracey Colson, and Grant Reffell. I was young for that crowd, and they were closer in age to my cousin Roman. In my age group was Paul Babiak, Dave Murray and Bruce Law. Gareth Jones left after a few seasons to pursue cross country skiing. I remember him well because he was such a nice guy, and how hard he worked at each practice.

• The duo of Wayne and Dave was a welcome refreshment in the club. At the time they were nearing the end of high school. They were truly hip, and fun to have around. Being two divisions higher in age and maturity meant that I looked up to them as positive infuence. They introduced the Daveski and Waynski nicknames for themselves. That spawned Paulski, Daveski, Romski, and Gabski. Nicknames that still hold today, with my cousin.

• Morris once told us, “Never lose to someone by hundredths of a second. If you’re in a close race then make sure you win.”  At a Western Regional Championship meet at Nepean, Ottawa, Canada I was in the 100m freestyle final. The leader was way ahead of us, but I was fighting for second place with a guy right next to me. As we swam to the finish I spearheaded my hand into the board. When I looked up at the clock I saw that I beat him by 1/100th of a second. That was a defining moment, and was proud of that I could action the words of my coach. I won silver, but  winning that battle was more valuable to me. In swimming it’s said that 1/100th of a second is the length of a finger nail. As much as my middle finger hurt, I made the finish count, when it was necessary. • My first big meet was the Western Regional Championships. I was 12 years old. Leading up to the event I did 200 push-ups every night for six months, to get stronger. I remember building up to 4×50 pushups, which was my limit before the lactic acid was paralyzing and unbearable. Attendance required qualifying times, so only a few swimmers from my club attended. I was swimming the 50 meter, 100m , 200m and 400m freestyle and the 100m butterfly. I made the finals for all of them. This meant a five hour wait till the evening finals. This was my first experience with competitive pressure. Morris prepared me by asking what my splits will be for the 200 freestyle. I looked at him as if, “I should know?” He coached me on the experience of the swimmers I’d be competing against. Their years of swimming exceeding my short one year career. He told me I couldn’t eat any hard foods before the finals, despite how hungry I was. I was only allowed to have a bowl of soup, or juice. In the end I won gold in the 50m and 100m freestyle, and bronze in the other three. That earned me the nickname “Champ” from Morris. This carried along for at least two seasons. I was growing and improving quickly.

• Swimming also introduced me to my first girlfriend. I was thirteen when I started dating Sandra Moore. My mom allowed me to go to her house after practice, once a week. We’d watch Barney Miller with her mom. Sandra was my first childhood love. We’re still in contact and remain friends till this day.

• By the time I was fifteen my passion in the sport began to wane. The psychological commitment was too overwhelming, and I made a conscious decision that I wouldn’t submit myself to such a strict regime. Our seven day per week swimming schedule was my limit, compared to the 14 practices a week typical of division A clubs. High school, girls, and karate became more important. My lack of effort eventually demoted me to “ex-Champ”, and that stuck until the end of my swimming career. 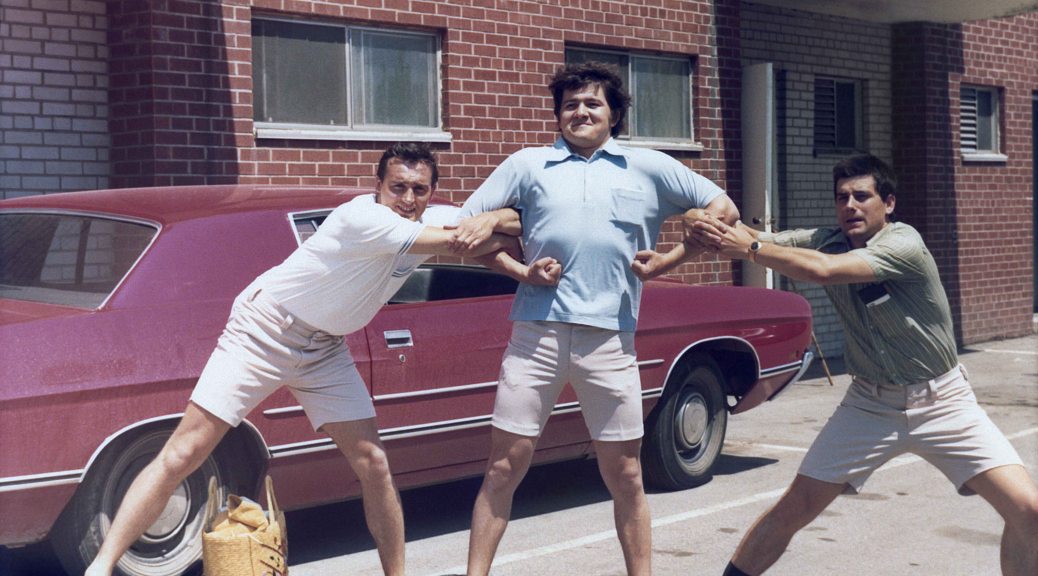 • When I was accepted at the University of Guelph to attend the Ontario Veterinary College, my mother had settled down with the assurance that I would finally finish my studies. It was my promise to her before we left Košice. Within a relatively short time I made friends in the dormitory. I was surprised how dedicated my classmates were to their studies. It was in stark contrast to the college in my home town, where few students would attend lectures. The atmosphere in Guelph was very collaborative, and everyone was ambitious. Students took their studies seriously. They knew that studying hard was for a better future. I realized how lucky I was that I was accepted into the program. My colleagues explained to me that the University of Guelph was one of the most sought after schools, and one of the hardest to get in.

• At the time, there were only two other universities offering veterinary degrees: Western College of Veterinary Medicine in Saskatoon, Saskatchewan and the Université de Montréal, Quebec. Candidates were admitted to the program based on their scholastic achievements – not based on knowing the right person in high ranking positions, as was the practice in Czechoslovakia. Competition into the college was fierce. Moreover, in those days less than 10% of the students were girls. Once I graduated I felt that a new phase in my life had begun. I was in a new country, speaking a new language, and part of a new economic and political ideology. I would finally become what I dreamed of since I was a child – to cure animals.