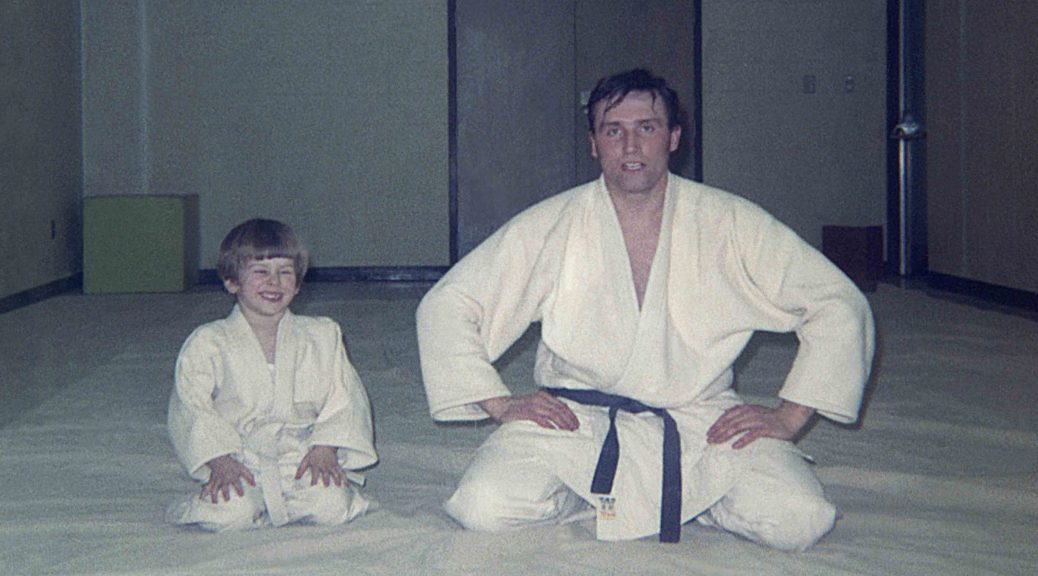 • All three Dusil brothers were active in Košice judo until they emigrated in 1968 and 1969. Two years after our arrival my uncle and his family moved to Hamilton, Ontario, Canada and began training at the Kawasaki’s Rendokan Judo Academy. We moved to Burlington in 1973 and my father joined him, to train under Sensei Kawasaki. Mitchell Kawasaki was a elite athlete, representing Canada in the 1976 Summer Olympics in Montreal, Quebec, Canada in Greco-Roman wrestling. I also trained at the Rendokan Academy with my cousin Roman, but we mainly fooled around at the back of the dojo for most of the session.

• When I turned fifteen I decided to take up martial arts again. My attraction was to the striking disciplines rather than grappling, so I decided to try Karate. It just so happened that my mother’s painting instructor’s husband, Ray Davis, was a Shotokan Karate (松濤館) Sensei. He held a fifth dan black belt at the time. On my first day Sensei Davis gave me a personal lesson. That was uncommon, since normally a blue or brown belt would teach a beginner on their first day. I was hooked from the start. After four years I graded for my black belt in my final year of high school. My training continued throughout university.

• In my final year of university studies I met Jim Flood, a world champion martial artist, also with a background in Karate. He had recently opened his own club. For the next two years I trained at Floods Positive Impact Martial Arts in Hamilton. I taught children and adult classes as well. It was the best training facility in the region. Tuesday were memorable because Jim would invite black belts from any school, to come and spar for free. In the early 90’s before Mixed Martial Arts (MMA) began, it was a unique chance for us to learn from different styles. It was a positive and motivational atmosphere. Jim had us check our egos at the door.

If you missed my previous posts on Judo, you can find them here:

If you missed the other Taci posts, you can link to them here: