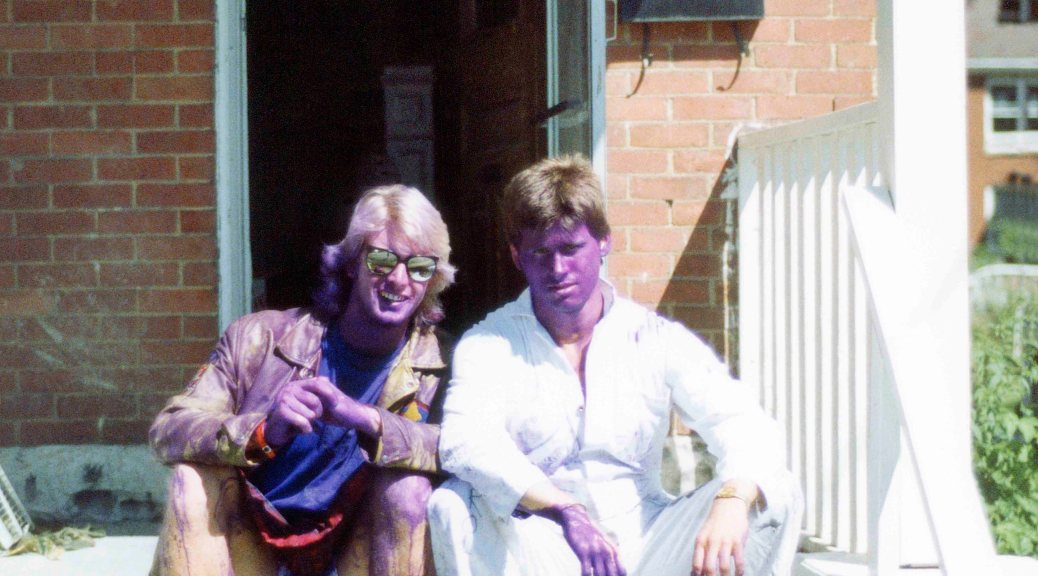 • During our first week of orientation, the keynote speech was delivered by the Dean of Engineering. He told us to look to our left, then then to our right, “Before the first term is completed one of you won’t be here anymore.” That prediction ultimately came to fruition.

• In the first year we were taught the fundamentals of science, math, and technology. Essentially it was to equalize all freshmen into the program, from varying levels of high school education across the country (and abroad). If you made it past the first year you picked an Engineering discipline. I distinctly remember asking my cousin which one to choose. It was a Friday evening in the summer of ’88. We were waiting at the entrance of The Phoenix pub, at McMaster University. I told him I was on the fence to choose Engineering Physics or Electrical Engineering. He was entering his fourth year of Electrical Engineering at McMaster University. He said that if I chose electrical then I could potentially work for a big company like Bell Canada  – the incumbent telecommunications operator in Canada. But I cringed at the thought, imagining that I would be installing telephones for the rest of my life. At that very moment I decided to go into Engineering Physics. I reasoned that if I started in the hardest discipline then I could transfer to an easier one in the middle of my studies with minimal damage to my  established course prerequisites. After four years in the undergraduate program, only 18 students graduated from the 40 that started.

• In the late 80’s there was an unwritten hierarchy to engineering disciplines: Physics was considered the top, followed by Electrical. Mechanical was in the middle and Civil was somewhere at the bottom. The rest: Chemical, Material Science, and Computing fit somewhere in between. This categorization may cause emotional outbursts, but it was my observation when talking to other students.

• I wanted to study Physics because I loved the subject. That passion came from my grade 13 Physics teacher, Mr. Cantlon – a phenomenal teacher. His lessons were a work of art.  I also migrated to Engineering because I was good at math. So Engineering Physics seemed the perfect fit for me. But it wasn’t long after graduation when I felt I had chosen the wrong path. My personality was more inclined to business. Pursuing a Master’s degree or PHD in Physics was out of the question – the undergraduate program was hard enough, and another two to four years would have probably broken me. Joking aside, I also realized I didn’t want to work in a nuclear power plant for the rest of my life. In hindsight I felt my cousin was right all along, and I should have gone into Electrical from the beginning. The employment options would certainly have been better. Even though many of my courses were shared with electrical engineering students, I never quite grasped the intricacies of their topics to the same intuitive level as they had. But I have no regrets. I never really had the passion to be a career engineer.

• As things turned out, I migrated to marketing and sales roles in the years that followed. University taught me mental endurance, how to learn, how to work hard, and it motivated me to pursue my life goals. Engineering Physics gave me a unique ability in marketing and sales to understand complex IT (Information Technology) topics and translate those concepts for business decision makers. I often considered myself strengths in being a liaison between the technical world and the business world. A manager once told me early in my career, “Gabriel, if you can understand it, then everyone will.” So I always wrote proposals, presentations, and articles, with the confidence that as long as I can explain it to myself, then everyone reading my work will also understand.

If you missed other Gabičko posts, you can find them here:

• These articles are from a research project where I worked as a junior engineer, after graduating.